Skycorp was founded in 1998 by Dennis Wingo, an aerospace and computer engineer with several patents including one to extend the life of spacecraft in geosynchronous orbit. Northrop Grumman Innovation Systems purchased the patent and intellectual property underpinning the company’s mission extension vehicle.

After serving as an advisor to numerous space companies since retiring from the Air Force in 2019, why is Kwast becoming the CEO of Skycorp?

“Because I want to be in the right place at the right time in history doing the right thing,” Kwast said. SpaceNews. “As we watch this tidal wave of commercialization come our way, Dennis is the Henry Ford of the space age.”

“Space is the pathway by which humanity has prosperity, health and security across cultural boundaries, across nation-state borders,” Kwast said. “This is how humanity expands the pie and empowers everyone to improve the human condition. It’s so powerful.

Wingo shares this vision and calls Kwast an “outstanding leader” who can help Skycorp and the United States move in this direction.

Kwast, a fighter pilot with extensive combat experience, earned an Astronautical Engineering degree from the US Air Force Academy. He spent 33 years in the Air Force, headed the Air University and the Air Education and Training Command, and was an early advocate for the US Space Force.

“Steve Kwast, as much as anyone alive, understands that the key to a prosperous future for humanity lies in space and that our company’s vision will go a long way toward that end,” Wingo said. SpaceNews.

A fundamental part of the bright future that Wingo and Kwast envision is logistics, and Skycorp “is going to change the cost of logistics in the space economy,” Kwast said.

Skycorp will “capture all of these capabilities that have been incubated in the space industrial base and put them together in a way that no one else thinks of, systemically and holistically,” Kwast said.

For example, Skycorp’s Orbital Logistics Vehicle is designed to be launched in pieces and assembled on the International Space Station. As a result, the finished structure will not need to withstand the vibrations and G-forces of a rocket launch.

Kwast also points to Skycorp’s recent success in NASA and Department of Defense contract awards as proof of Wingo’s genius and Skycorp’s prowess.

The Pentagon’s Defense Innovation Unit and NASA are funding space station testing of the Intelligent Space Systems Interface, a USB-like cable to extend power and communication capability from spacecraft to loads useful, developed by the German companies iBoss GmbH and Skycorp.

Skycorp won NASA’s Centennial Challenge 2021 grand prize “for its innovative system of power cells and smart interfaces to store and distribute energy through the extreme light and temperature changes of the lunar month,” according to a NASA press release.

As part of the ongoing centennial competition, the Watts on the Moon Challenge, Skycorp was one of seven teams that received $200,000 each and were selected to enter the second round to develop and test their technologies for transmission and storage of energy.

“Skycorp has new ideas on how to bring energy to lunar operations logistics,” Kwast said. 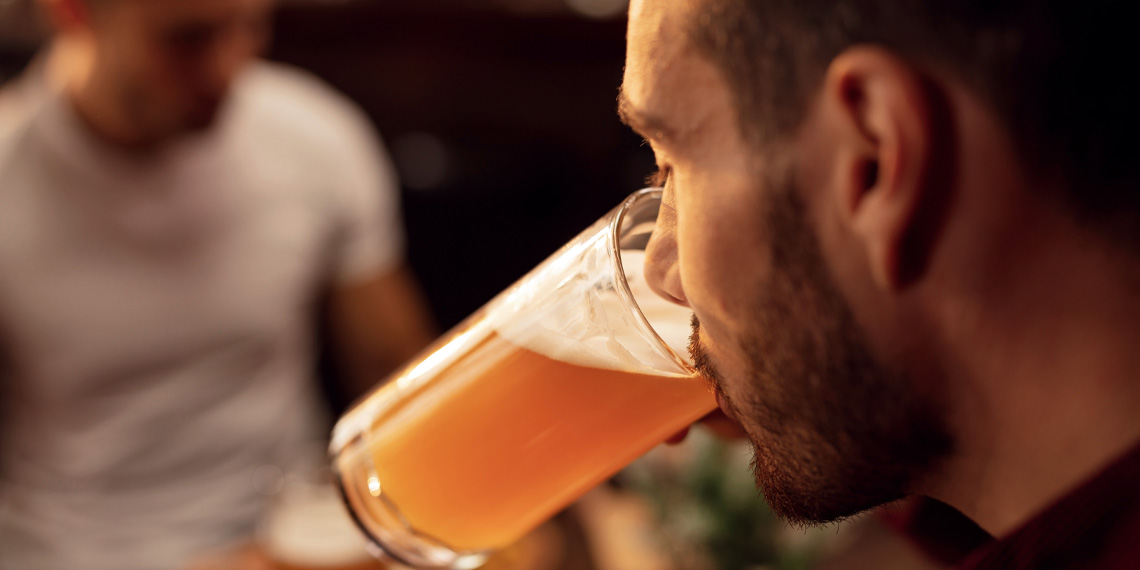 Men, but not women, drink beer faster when in pain, study finds