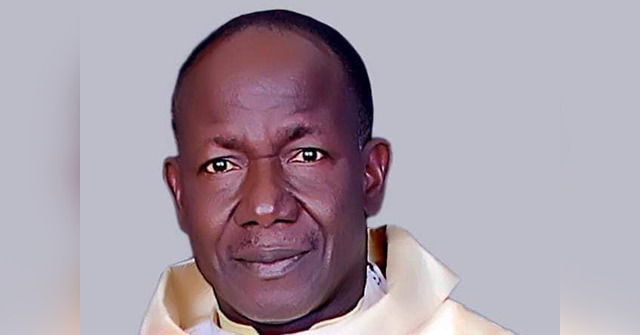 A group of unidentified “bandits” reportedly shouted “Allahu akbar! shot dead and burned alive Father Isaac Achi on Sunday in Niger State, Nigeria, ending the life of a dedicated cleric who had previously survived a Boko Haram Christmas bombing, kidnapping and another shooting.

The harrowing attack – in which the assailants shot another priest, Fr Collins Omeh, who remains in hospital as of press time – is the latest in a string of more terrorist attacks. increasingly common against Christian communities in the north of the country by attackers colloquially referred to as “bandits”. While Boko Haram, an Islamic State affiliate, is most active in northeast Nigeria, in the country’s northwest and “middle belt” region, Fulani jihadists, sometimes referred to as “shepherds Fulani, pose the greatest threat to Christians. Boko Haram terrorists are generally of the Hausa ethnic group from northern Nigeria; “Boko Haram” is a Hausa term that roughly translates to “Western education is forbidden”.

The killing took place at St. Peter and Paul Catholic Church in Kafin-Koro, Niger State on Sunday evening. According to local police spokesman DSP Wasiu Abiodun, a mob of “armed bandits” attacked the church and demanded to see Father Achi. Faced with the growing wave of Christian persecution in the country, the church had tightened its security, preventing the bandits from finding the priest. In response, they set it on fire.

“Unfortunately, the bandits would have tried to enter the residence, but it seems difficult and set the house on fire, while the said Reverend Father was burned to death,” Abiodun was quoted as saying. “A colleague of the Reverend Father identified as Father Collins was also shot in the shoulder as he tried to escape from the scene. Police tactical teams attached to Kafin-Koro Div were immediately called to the scene, but the thugs had escaped before the teams arrived.

The Pillara Catholic publication, spoke to Omeh from the hospital on Sunday, which appeared to contradict the police account that authorities arrived “immediately”.

“Omeh told his fellow priests in the Diocese of Minna that it took hours for the police to arrive after their call – a charge that would seem consistent with claims by Christian leaders in central Nigeria that the police are slow to respond to their reports of violence”, the Pillar Noted.

Similarly, a local speaking to the Nigerian newspaper Daily Trust identified as John Amos said police did not act quickly enough in response to the attack.

“People who went there this morning said that Father Achi made many cries for help but no one showed up. He was in the building with another Father Revrend, the one who was shot in the arm,” said the Daily Trust quoted Amos as saying. “The other reverend father is the one who saw them because they broke into his own apartment. The place is like a motel where you can entertain other guests. I have slept there before; the place has different rooms.”

“Even in Kaffin-koro, the police couldn’t do anything. How many of them were on duty when it happened? They were like two or three,” Amos asked. “They must have sent a message to Minna and Minna to Kaffin-Koro is like over 73 kilometers. This is the reason why the command of Minna could not go there.

Omeh told the Pillar that in addition to being burned in the church fire, Achi suffered multiple gunshot wounds.

“The bandits, who numbered about 15, arrived fully armed and fired sporadically into the air shouting ‘Allahu Akbar’ [God is great]Omeh reportedly said. He said the terrorists approached him first, demanding to know Achi’s whereabouts.

“The priest said that in the middle of the night he was confronted at gunpoint in his living quarters inside the presbytery compound, and ordered to climb through a hole created in the ceiling, then to take the terrorists to Father Achi”, the Pillar detailed. “But the men initially found it difficult to gain access to Achi’s quarters and started firing their weapons in all directions. Achi was shot in the leg, Omeh said, and the parochial vicar was shot in the hand.

Omeh noted that the men confessed to each other and he managed to escape thanks to Achi, who was shot in the chest before being burned.

Achi had endured decades of persecution for his faith before his assassination. The Daily Trust listed at least three other alleged jihadist attacks on his person before this weekend: a kidnapping, a shooting and a bombing.

“The late Reverend Father is said to have survived several attacks. According to a family source, Father Achi was abducted from Madalla and spent days in captivity until his church members levied a ransom before being released,” the newspaper recalled. “Also in Madalla, the priest was shot in the jaw as he went to bless a child during a baptism ceremony.”

Achi is also said to have survived a Boko Haram suicide attack on Christmas Day 2011, which killed 44 people.

Several Nigerian media recalled that the Achi Requiem Mass for the victims of the Christmas bombing urged all Christians to forgive violence.