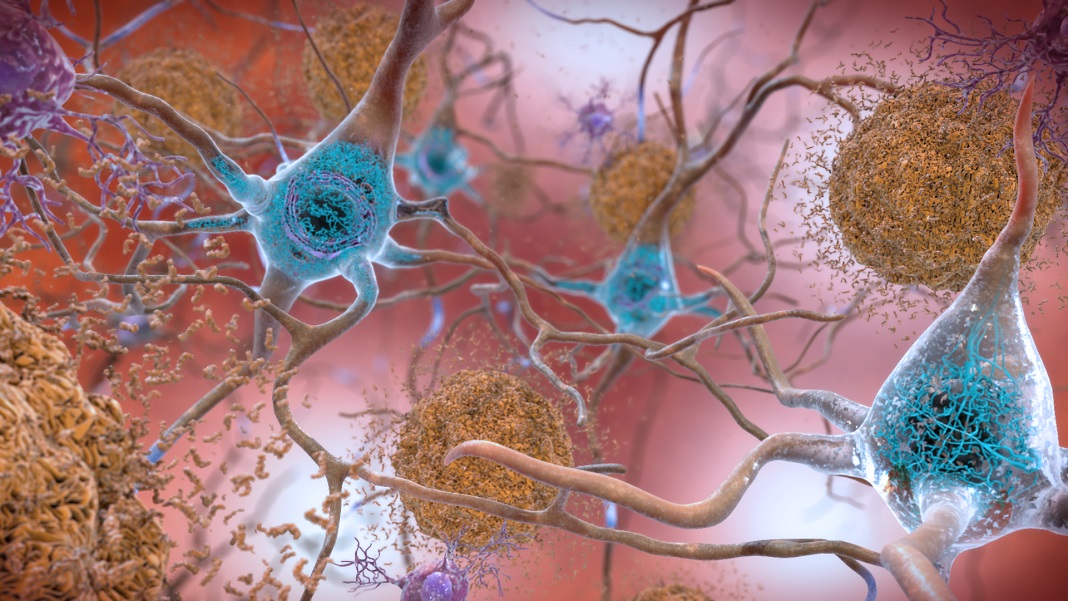 There’s a deceptively simple early sign of Alzheimer’s disease that isn’t often talked about: a subtle change in speech patterns.

Increased hesitations. Grammatical errors. Forgetting the meaning of a word or mispronouncing common words – or favorite phrases and idioms – that flowed naturally.

Scientists have long thought of decoding this linguistic degeneration as an early indicator of Alzheimer’s disease. One idea is to use natural language software as a sort of “guide” that tracks down unusual language usage.

Sounds simple, right? Here’s the problem: everyone speaks differently. It sounds obvious, but it’s a giant headache for the AI. Our speech patterns, cadence, tone, and choice of words are all colored with nuances of personal history and nuances that average language AI struggles to decipher. A sarcastic sentence for one person can be completely sincere for another. A recurring grammatical error could be a personal habit from decades of abuse that is hard to change today, or a reflection of dementia.

So why not tap into today’s most creative AI language tools?

In a study published in Digital Health PLOS, a team from Drexel University has taken a major step in linking the creative force of GPT-3 to neurological diagnosis. Using a publicly available dataset of speech transcripts from people with and without Alzheimer’s disease, the team retrained GPT-3 to select linguistic nuances that suggest dementia.

When fed with new data, the algorithm reliably detects Alzheimer’s patients among healthy patients and can predict the person’s cognitive test score, all without any additional knowledge of the patients or of their history.

“To our knowledge, this is the first application of GPT-3 to predict dementia from speech,” the authors said. “Using speech as a biomarker enables rapid, inexpensive, accurate and non-invasive AD diagnosis and clinical screening.”

Despite the best efforts of science, Alzheimer’s disease is incredibly difficult to diagnose. The disorder, often with a genetic predisposition, has no unified theory or treatment. But what we do know is that inside the brain, regions associated with memory begin to accumulate clumps of proteins that are toxic to neurons. This causes inflammation in the brain, which accelerates the decline of memory, cognition and mood, ultimately eroding everything that makes you who you are.

The most insidious part of Alzheimer’s disease is that it is difficult to diagnose. For years, the only way to confirm the disease was through an autopsy, looking for the telltale signs of protein clumps – balls of beta-amyloid on the outside of cells and chains of tau protein on the inside. . Today, brain scans can capture these proteins earlier. Yet scientists have long known that cognitive symptoms can appear long before protein clumps show up.

Here’s the silver lining: Even without a cure, early diagnosis of Alzheimer’s disease can help patients and loved ones plan for support, mental health, and find treatments to manage symptoms. With the recent FDA approval of Leqembi, a drug that moderately helps protect cognitive decline in people with early-stage Alzheimer’s disease, the race to catch the disease early is heating up.

say what you think

Rather than focusing on brain scans or blood biomarkers, the Drexel team turned to something remarkably easy: speech.

“We know from ongoing research that the cognitive effects of Alzheimer’s disease can manifest in language production,” said study author Dr. Hualou Liang. “The most commonly used tests for early detection of Alzheimer’s disease examine acoustic characteristics, such as pause, articulation, and voice quality, in addition to cognition tests.”

The idea has long been pursued by cognitive neuroscientists and AI scientists. Natural language processing (NLP) has dominated the AI ​​sphere in its ability to recognize everyday language. By feeding it recordings of a patient’s voice or writing, neuroscientists could highlight particular vocal “tics” that a certain group of people may have, for example people with AD. Alzheimers.

Sounds good, but these are very personalized studies. They rely on knowledge of specific issues rather than more universal Q&As. The resulting algorithms are handcrafted, which makes them difficult to adapt to a larger population. It’s like going to a tailor for a perfectly fitted suit or dress, only to find it doesn’t fit anyone else or even yourself after a few months.

This is a problem for diagnostics. Alzheimer’s disease – or heck, any other neurological disorder – tends to progress. An algorithm trained in this way makes it “difficult to generalize to other stages of progression and disease types, which may correspond to different language features,” the authors said.

In contrast, large language models (LLMs), which underpin GPT-3, are much more flexible in providing “powerful and universal language understanding and generation,” the authors said.

One particular aspect caught their attention: integration. In simple terms, this means that the algorithm can learn from a large amount of information and generate an “idea” of sorts for each “memory”. When used for text, the trick can uncover additional patterns and features even beyond what most trained experts could detect, the authors said. In other words, a GPT-3-powered program based on text integration could potentially detect speech pattern differences that neurologists miss.

“GPT-3’s systemic approach to language analysis and production makes it a promising candidate for identifying subtle features of speech that may predict the onset of dementia,” the author said. study, Felix Agbavor. “Training GPT-3 with a massive set of interview data, some of it involving patients with Alzheimer’s disease, would provide it with the information it needs to extract speech patterns that could then be applied to identify markers in future patients.”

The team easily used GPT-3 for two critical measures of Alzheimer’s disease: distinguishing a patient with Alzheimer’s disease from a healthy patient and predicting the severity of a patient’s dementia based on a cognitive benchmark called the Mini-Mental State Exam (MMSE).

Similar to most deep learning models, GPT-3 is incredibly data hungry. Here, the team powered it with the ADReSSo (Alzheimer’s Dementia Recognition through Spontaneous Speech) challenge, which contains the everyday speech of people with and without Alzheimer’s disease.

For the first challenge, the team pitted its GPT-3 programs against two that track specific “tics” in language. Both models, Ada and Babbage (a nod to computer pioneers) far outperformed the conventional model based on acoustic characteristics alone. The algorithms performed even better when predicting the accuracy of the MMSE of dementia by speech characteristics alone.

When pitted against other state-of-the-art Alzheimer’s disease detection models, the Babbage edition crushed its opponents in terms of accuracy and level of recall.

“These results, taken together, suggest that GPT-3-based text integration is a promising approach for the assessment of AD and has the potential to improve the early diagnosis of dementia,” the authors said.

With the hype of GPT-3 and AI in healthcare in general, it’s easy to lose sight of what really matters: the health and well-being of the patient. Alzheimer’s disease is a terrible disease, which literally erodes the spirit. Early diagnosis is information, and information is power, which can help inform life choices and assess treatment options.

“Our proof of concept shows that it could be a simple, accessible, and sensitive enough tool for community testing,” Liang said. “This could be very useful for early detection and risk assessment before a clinical diagnosis.”

Frequent nail polishing could damage the DNA in your hands: ScienceAlert 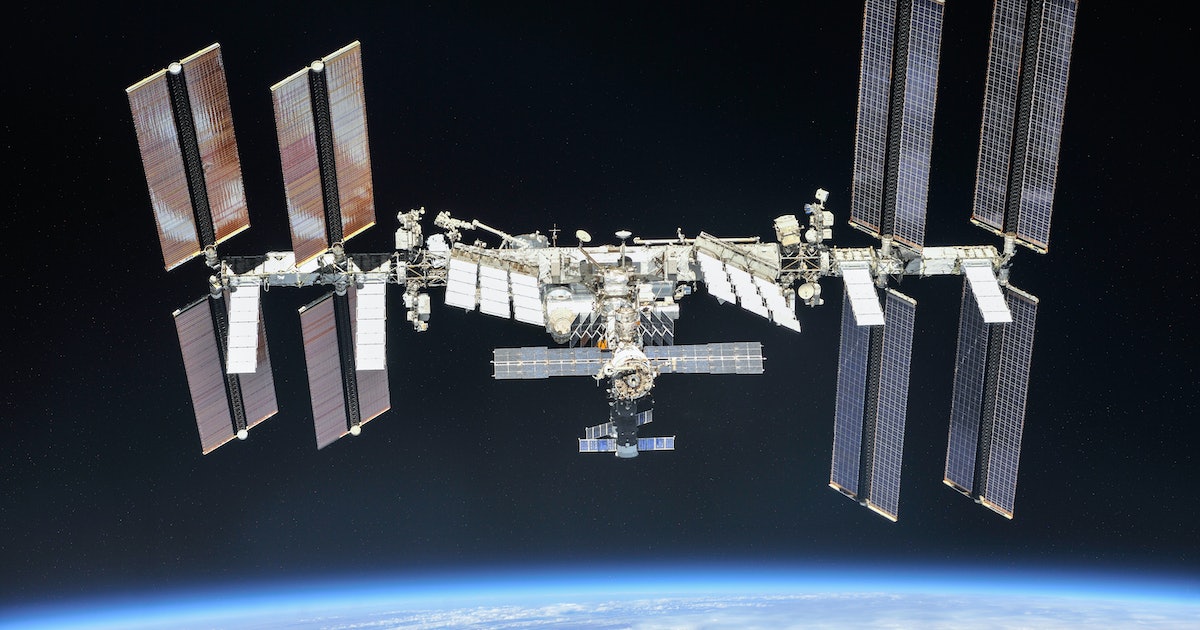