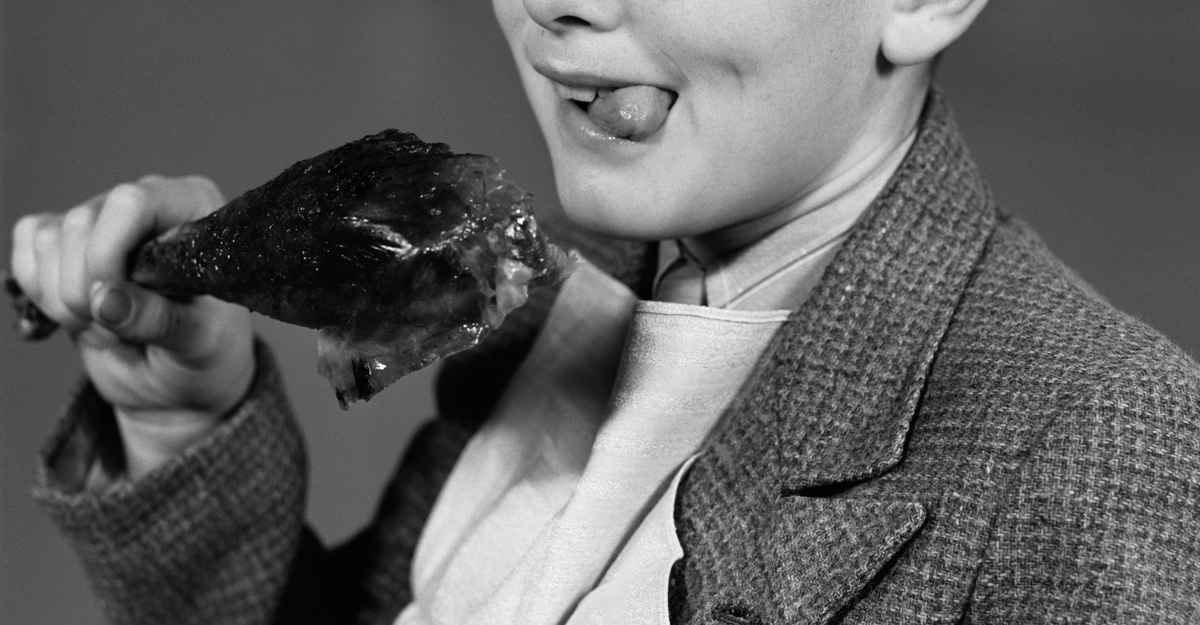 This article was originally published by Knowable magazine.

At first glance, saliva seems like a pretty boring substance, just a convenient way to moisten our food. But the reality is quite different, as scientists are beginning to understand. Liquid interacts with everything that goes into the mouth, and even though it is 99% water, it has a profound influence on the flavors – and our enjoyment – of what we eat and drink.

Scientists have long understood some of the functions of saliva: it protects teeth, facilitates speech, and creates a welcoming environment for food entering the mouth. But researchers are now discovering that saliva is also a mediator and translator, influencing how food moves through the mouth and how it engages our senses. Emerging evidence suggests that interactions between saliva and food may even help determine which foods we like to eat.

The substance is not very salty, which makes it possible to taste the salty taste of a potato chip. It’s not very acidic, which is why a lemon spritz can be so uplifting. The liquid’s salivary water and proteins lubricate every bite of food, and its enzymes, such as amylase and lingual lipase, initiate the digestive process. This wetting also dissolves the chemical components of taste, or taste buds, in the saliva so that they can travel and interact with the taste buds. Through saliva, explains Jianshe Chen, a food scientist at Zhejiang Gongshang University in Hangzhou, China, “we detect the chemical information of food: the flavor, the taste.”

Chen coined the term oral food processing in 2009 to describe the multidisciplinary field that draws on food science, the physics of food materials, the body’s physiological and psychological responses to food, and more, a topic he wrote about in the 2022 Food Science and Technology Annual Review. When people eat, he explains, they are not savoring the food itself, but a mixture of food and saliva. For example, an eater can only perceive a sweet or sour tasting molecule in a bite of food if that molecule can reach the taste buds – and for that, it must pass through the layer of saliva that covers the tongue.

It’s not a given, says Carpenter, who points out how flat soda tastes sweeter than sparkling soda. Some researchers had speculated it was because popping carbon dioxide bubbles in cold soda produced an acid hit that essentially distracted the brain from the sweetness. But when Carpenter and his colleagues studied the process in the lab in a kind of artificial mouth, they found that saliva prevented soda bubbles from flowing between the tongue and the palate. Carpenter thinks these blocked bubbles could physically block sugars from reaching taste receptors on the tongue. With flat soda, no bubbles build up to block the sweet taste.

Saliva can also affect the aromas – which are responsible for the majority of our perception of flavor – that arise from food in the mouth. As we chew, some flavor molecules in food dissolve in saliva, but those that don’t can travel up into the nasal cavity to be detected by the myriad of receptors there. As a result, people with different salivary flows or different saliva composition, especially proteins called “mucins”, can have very different flavor experiences with the same food or drink.

For example, Spanish researchers measured saliva flow in 10 volunteers who evaluated wine to which fruit-flavored esters had been added. Volunteers who had higher saliva flow tended to rate flavors as more intense, possibly because they swallowed more often and thus forced more flavor into their nasal passages, the scientists found. So wine lovers who pride themselves on their ability to detect aroma nuances may have their saliva to thank, at least in part.

Saliva also plays a key role in our perceptions of texture. Take astringency, that feeling of dryness that occurs in the mouth when you drink red wine or eat unripe fruit. Wine does not make the mouth drier. Instead, molecules called “tannins” in wine can cause proteins to rush out of saliva, so that it no longer lubricates as effectively.

Saliva also helps us to perceive the difference between high fat foods and low fat foods. Even though two yoghurts look the same and pour the same, a low-fat version feels drier in the mouth, says Anwesha Sarkar, a food scientist at the University of Leeds in the UK. “What you’re trying to understand is not the property of food, but how food interacts with the surface,” Sarkar explains. Milk fat can combine with saliva to create a layer of droplets on the surface of the mouth that can mask astringency and add a rich feel to yogurt, she says.

Sarkar’s research uses a mechanical tongue, bathed in artificial saliva, as a way to simulate what happens when food moves through the mouth and how that influences the sensory experience of eating. A low-fat smoothie, Sarkar says, may look creamy at first glance, but won’t have that textural luxury that fat provides when mixed with saliva.

Fully understanding these interactions between saliva, food and the mouth — and how the information is transferred to the brain — could lead to the design of healthier foods, Sarkar says. She plans to develop a “gradient food” that might contain enough sugar to dissolve in saliva for a sweet feeling, but has a lower concentration and calorie level. She says a similar conceptual approach could help reduce fat in food.

But understanding these interactions well enough to develop such foods will not be easy, as saliva and perception vary throughout the day and among individuals. Generally, saliva flows slowly in the morning and faster in the afternoon. And the components of any individual’s saliva – the amounts of certain proteins, for example – will change depending on the presence or absence of stimuli such as tantalizing aromas.

Oral biochemist Elsa Lamy, from the University of Évora in Portugal, investigated this by blindfolding volunteers and letting them smell a piece of bread for about four minutes while monitoring their saliva for changes. Two types of proteins, starch-digesting amylases and others called “cystatins” that have been linked to taste sensitivity and perception, increased after exposure to bread, she found. Lamy’s group did similar experiments with vanilla and lemons and in all cases found changes in saliva protein levels, although the specific changes depended on the food presented. His team is now working to understand what function this can serve.

The composition of saliva varies from person to person, and it depends in part on an individual’s past food choices, says Ann-Marie Torregrossa, a psychologist at the University at Buffalo. When Torregrossa fed rats diets containing bitter-tasting additives, she observed notable increases in several categories of salivary proteins. As these changes occurred, the rats became more likely to accept the bitterness of their food. “The way we think about it is if you eat broccoli all the time, broccoli doesn’t taste bad to you,” says Torregrossa.

In another experiment, Torregrossa used catheters to transfer saliva collected from rats accustomed to eating bitter diets into the mouths of rats that weren’t. Naive animals seemed to become more tolerant of bitter food, despite their lack of exposure. But control animals that did not receive the pumped, bitter-tolerant saliva proteins still showed aversive responses to bitter food.

Torregrossa says she and her team have yet to determine exactly which proteins are responsible for this tolerance. They have a few likely candidates, including proline-rich proteins and protease inhibitors, but there could be others. They need to know which proteins are involved before they can assess how responses to bitter flavors are altered in the mouth and brain.

Of course, rats aren’t humans, but researchers have found clues that saliva does similar things to taste perception in humans, although the picture is more complicated. “There are many other things in human diets and experiences that influence our daily experience, especially with foods and flavors, that rodents simply don’t have to deal with,” says Lissa Davis, scientist sensory and nutritional. at Purdue University which studies taste and behavior.

But if these patterns can be decoded and understood, the potential is great, Lamy says. If you could somehow provide children with an additive that encourages changes in their saliva and thus makes their experience with a bitter vegetable more palatable, it could lead to healthier eating. If their first experience with a new food isn’t accompanied by a high level of bitterness, she says, “they’ll likely associate a good experience with that vegetable.”

More broadly, better understanding how saliva influences taste — and how diet, in turn, influences saliva composition — could open up a whole host of new ways to nudge dietary preferences toward healthier foods that are often maligned. “How,” says Torregrossa, “can we turn haters into people who love these foods? That’s what obsesses me. » 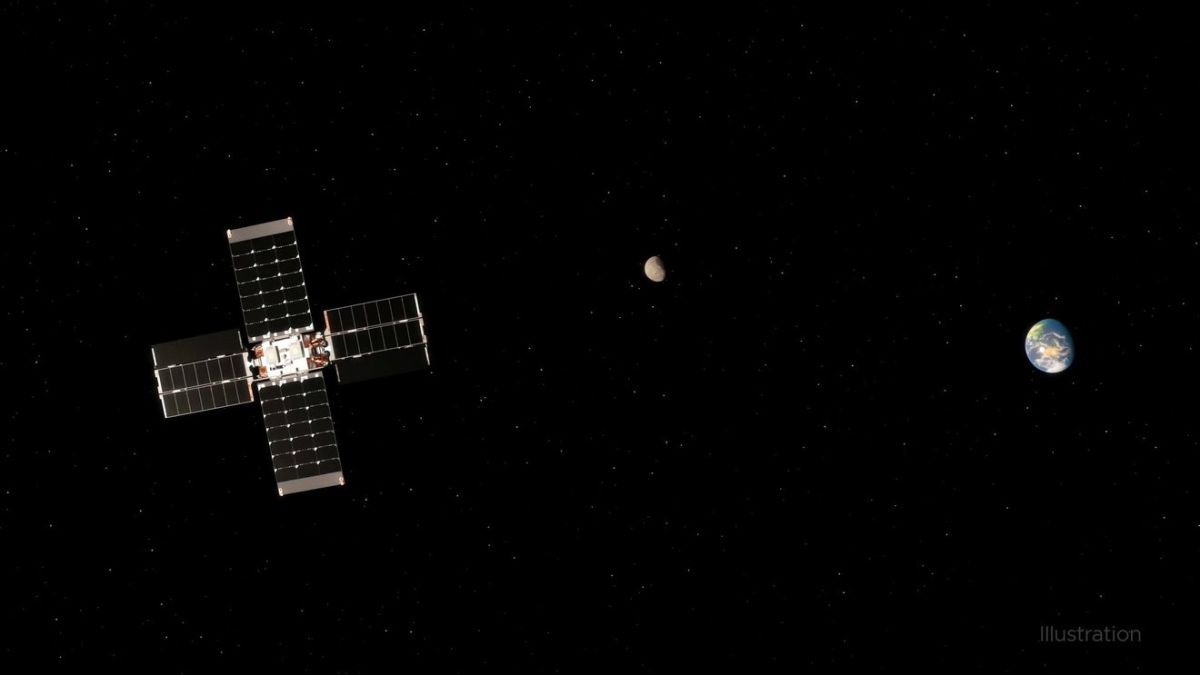